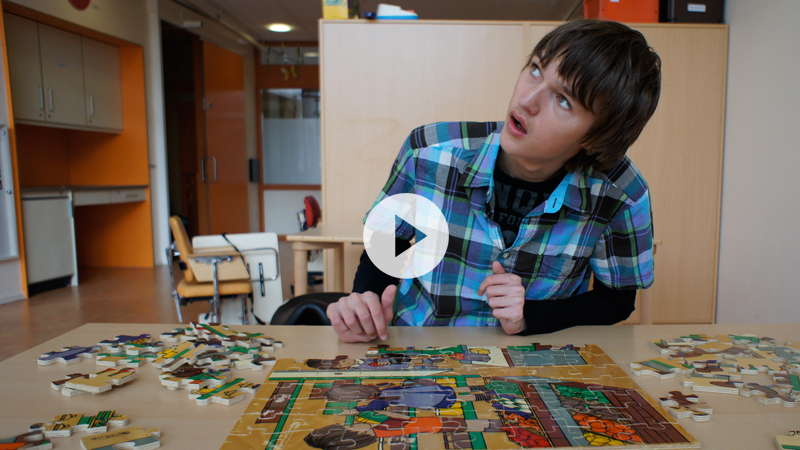 “No, Jerome, put that down.” “Leave that table where it is.” “Pick that up, please.” “Be careful.” While they’re waiting for the bus that will take autistic teenager Jerome to the care center, his mother keeps repeating the words as if they are a mantra: don’t, Jerome. Don’t, don’t, don’t. The scene is shot in one long take so the viewer experiences just how long a few minutes can last.
Over the course of two days, this film follows Jerome at home and at the center, showing his interaction with his caregivers. It looks as if he is taking almost devilish pleasure in testing the patience of everybody around him. This skinny teenager is constantly disturbing things and people, breaking stuff and tipping things over. Sometimes it’s endearing, such as in the opening sequence when he repeatedly throws a ball up into the air until it gets stuck in a tree. With a big smile on his face, he walks towards the camera: he did it! His coach Kevin comes running to pluck the ball from the tree again, in the same way he has to pull shoes and clothes out of the bushes and pick up puzzle pieces and sandwiches from the floor. Even Kevin gets desperate sometimes when Jerome shows his most unruly side. What will the future hold for this disturbed youngster who needs fulltime care?